Video from Kennedy Space Center Apollo Center February 11, 2010. Launch of Solar Dynamics Observatory on an Atlas V rocket. About 1 minute 14 seconds after liftoff the vehicle went supersonic. The shock wave obliterated a sun dog. It was really beautiful, and poetic for this mission. A sun dog or parhelion is a bright rainbow effect in the sky caused by refraction of sunlight through ice crystals.

Click the Vimeo icon to view in HD on the Vimeo site. Go Full Screen and set Scaling to Off and it will be optimized.

The launch of the Atlas V rocket carrying the Solar Dynamics Observatory was beautiful. I am very pleased with the images I captured with my inexpensive camera. The NASA video on YouTube didn't even show the shock wave. 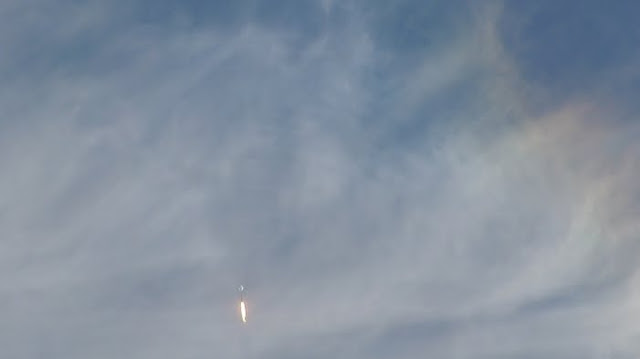 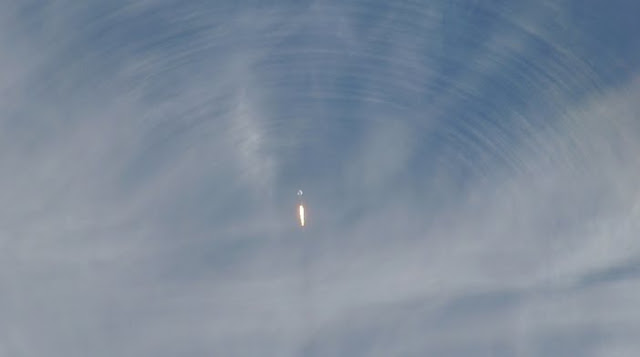 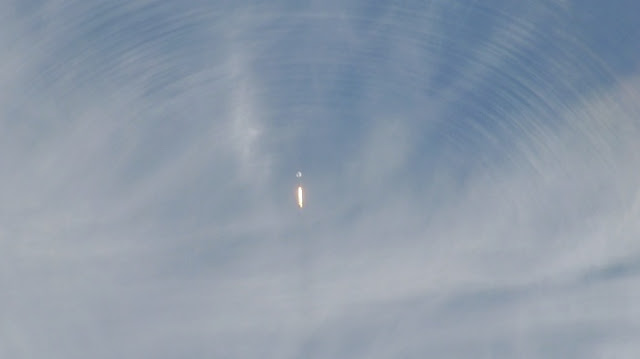 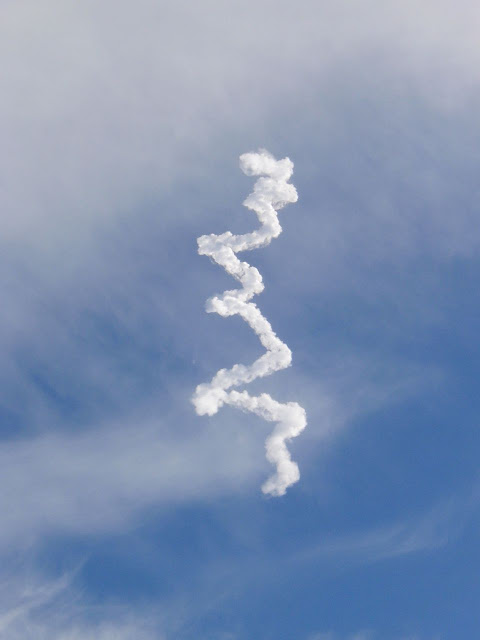 After the sonic boom the rocket went through a layer of the atmosphere with enough moisture to make a nice contrail. Why is it so erratic? I can only guess it was from wind sheer. *Update: Dr. Patronis called me and explained that the rocket exhaust vents are on gimbals and they're constantly adjusting to keep the rocket going straight and true. Of course they are.

video is also on YouTube and my Mobile Me gallery
Posted by Beachton at 5:24 PM