That shirt is atrocious

Today's science event is Philae attempting to land on a comet. I woke up and turned on the live stream immediately. It was a lot of old white men with cool European accents who sounded like they were reading the Acknowledgements out of the front of their book. Not my favorite kind of presentation. I turned to Twitter to see if I could glean any interesting facts about the comet or the engineering behind the landing.

I was quickly in the middle of another Sexism in Science discussion because of Dr. Matt Taylor, from North East London and a lead scientist on the mission. He chose a particularly sexist shirt this morning. 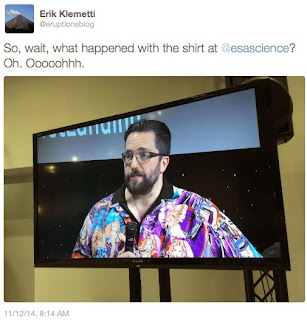 The consensus from Twitter scientists that cross my path is that this is a sexist shirt and he could have worn something else colorful and interesting that didn't have objectified women all over it.

But over at the Daily Mail they didn't see it as a sexist shirt at all.


Twitter users praised Dr Taylor for being ‘a proper cool scientist’ and ‘definitely not boring’ after he appeared on the European Space Agency live stream and BBC Breakfast wearing a multi-coloured shirt emblazoned with illustrations of glamorous women, which he teamed with shorts, which showed off his tattoos.

Here's a video from Nature interviewing Dr. Taylor. Skip to 1:22

The Nature reporter is grinning like a Cheshire Cat in this video. She KNOWS it's going viral because of this guy's shirt. If she was a problem solver and averse to controversy like me (instead of a person who can keep her job) she would have told him to take that top shirt off before she aimed the camera at him. He's wearing a WHOLE OTHER SHIRT underneath that. (As a scientist I must concede it could be a dickey.) Reporters and scientists are very different, as pointed out by them asking scientists all morning, "How do you feel right now?" and the scientists, every woman and man, gave the media person a withering look that says, "I don't know that! How is that a REMOTELY interesting topic? I can't be arsed to come up with an answer for that idiotic question." But they could all be arsed to put on a long sleeve shirt and a jacket before being interviewed.

Dr. Taylor has a lot of tattoos in addition to the comic book shirt. Which makes me think about my "Why I Hate Tattoos" blog from years ago.


I think people's personalities are so variable a tattoo puts too much emphasis on just one aspect of it....

Tattoos just eliminate that option. I am very uncomfortable with that. People with tattoos are THAT sure who they are and who they want to be in EVERY SITUATION? FOREVER?

Yes, apparently it would be a personal betrayal for him to wear something that respects the audience of stuffy old white guys in awesome horn rimmed glasses. His audience is apparently a different audience than what everybody imagined when they got dressed to go to an event to be streamed live all over the world. His audience is the readership of the Daily Mail.

I would love to just hate this guy and go on a rant about how offensive he is and get a few juicy paragraphs out of it, but I can't. If I worked for ESA and this guy came into the lab wearing this shirt I would not be embarrassed or uncomfortable. I can see how other people would be and I think he made a bad decision to wear it. But I can't put him down as a bad person, just a physicist with bad taste and lack of sensitivity. I know a lot of these people and I forgive them. As I said in my Tattoo blog.


Some of my favorite people have one thing they do that I don't like particularly, but I know enough other stuff about them that I respect and appreciate that I just ignore the parts of their personality that I think are silly. Like my brilliant physicist friend who is so obsessed with his own penis he made a plaster cast of it and created a hard plastic gear shift lever in its exact likeness.

My major professor in undergraduate school had some really graphic photos of women in his office. I think old students sent him post cards on purpose to try to one-up each other. He had a row of them on the chalk tray of the blackboard in his office. I remember one vividly. It was from Brazil and featured a close up of a bare ass coming out of some cut-up-the-butt denim shorts with a little dusting of beach sand on the protruding cheeks. You could see the fine blonde hairs on her butt shining in the sun. It was a very good close-up. It was the sand that bothered me. I wanted to reach out and dust it off. I hate sand on my skin. But I had a brother who read Playboy in high school because my mother got him a subscription. I was trained to think there was nothing wrong with these images. I was lucky this was the preparation my mother gave me to prepare me to be a woman in science. How did she know?! 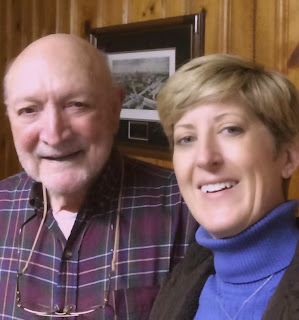 There was a straight-up centerfold on the back of my professor's office door. But if you were in there the door was open and you couldn't see it. It often had a coat hanging over it. I only ever saw it when he had to close the door to get a book from the shelf behind it. Now that I think about it, somebody really should have told him to get rid of that stuff. In fact, it's possible that when I got to know him well enough I probably told him. I recall that when I went back to visit after I graduated he had removed all that stuff.

Last weekend I went to see this professor, now retired, at his house. He clearly does not notice the things used for decoration. His house is decorated with the mid-century furniture his wife bought in the '60s, the same pink plates on stands, gilt tea set on the coffee table. Clearly he is one of these men who just doesn't notice this stuff. He only pays attention to technology. And he likes to keep old things as long as they still work. That cell phone is from the '90s. He built these speakers in 1964. 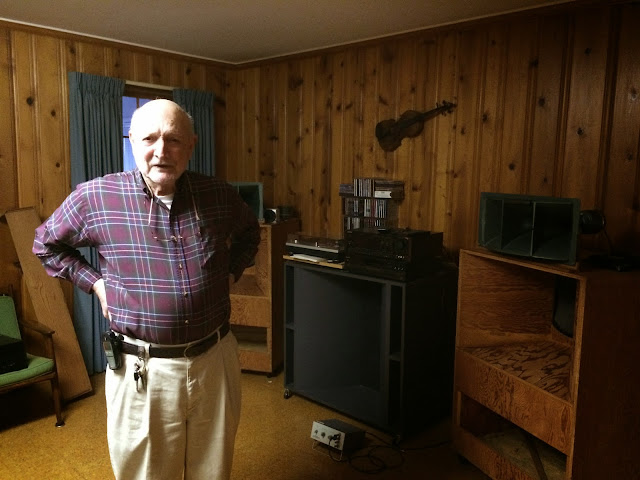 This is why I am inclined to give Dr. Taylor a pass on his sexist shirt. I have been trained to excuse men for liking pictures of objectified women. In my experience it does not stop them from being good scientists, good mentors, and very supportive of women scientists.

The people I blame for holding back women in science are not men scientists. They are managers who are holding back ALL scientists. Managers who don't let engineers innovate and manufacture new amazing things but want to just keep the same old stuff that makes known amounts of money. Women are just going to be eliminated first because if they have a strong enough personality to learn to forgive weird behavior in their fellow students and professors and stick with the program then they have a personality that men managers hate in women.

While I was writing this Philae touched down. But the anchors did not shoot. They are not sure if it's going to STAY on the surface. The live stream is still ongoing.