OK! I downloaded Google's new free iPhone app for Blogger. This is me trying it out. DSL is out so I'm trying to see what I can do with a bluetooth keyboard on the iPhone. I had to come upstairs and plug the phone into the Mac Mini to charge it up. It looks pretty funny. Let's try that picture thing again. OK, neat, I can access the photos in my iPhone photo library. I took a picture with my other camera and put it on the Mini and then synced it to the iPhone with iTunes. I can't tell where it's putting the pictures. They're down in a box at the bottom of this window.

It has the same issue as my instant messenger app -- it leaves the space for the iPhone keyboard at the bottom blank because I'm using the external keyboard instead of letting me use that whole space for text. Wish I knew what all this wasted space was for. Now the white space has moved to the bottom. Under the icons. I took a screen shot and added that to the photos section and now it has moved back up. Who tests this stuff? I can't believe I can't get a job when I can find this many feature problems in such a short time.

What's this crosshairs icon do? Oh, it wants to use my current location. No thanks!

I'm going to hit Publish and see what happens. 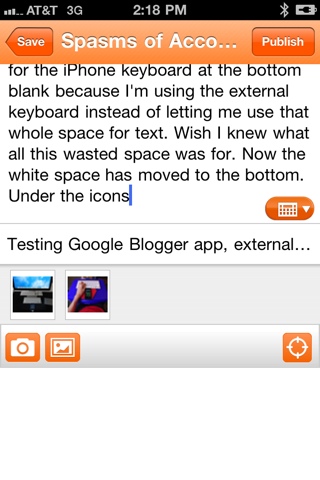 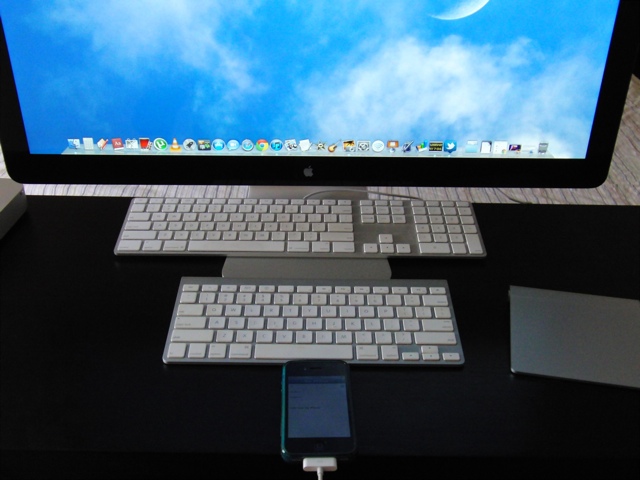 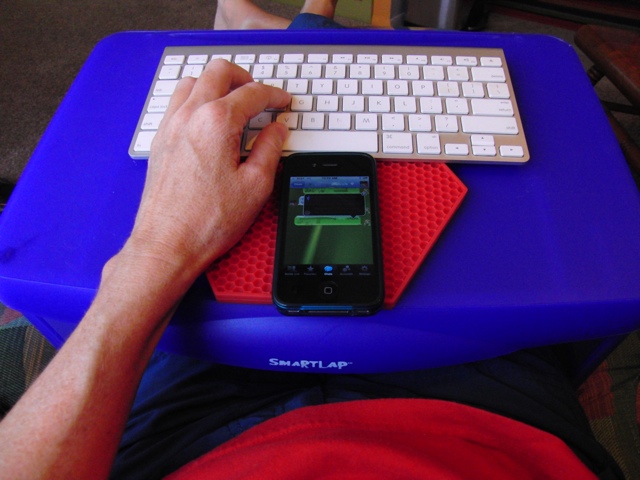 Update: 8:45 pm local time. Finally had a nice talk to an AT&T Technician in San Francisco. I took a screenshot about 5 minutes before he picked up just because I couldn't believe how long I'd been on hold. I've used 30% of my cell phone minutes talking to AT&T DSL this month. According to the notes on my account a technician came out today and replaced some wires outside and closed the ticket without ever telling me I could stop waiting for him. Also it didn't fix my DSL. The tech on the phone reset my connection from his end, but it didn't work. My DSL is still out and no chance of recovery before Monday.
So here's the good news. I saw my next door neighbor outside when I was anxiously looking down the street for the AT&T truck and asked him if he was having trouble with his DSL. He said he has Uverse and it's fine. I told him my dilemma and that since I was moving out in two weeks anyway I felt like just canceling my service. Because if that rat that's dead in the walls bit through my phone line inside they're going to charge me $110 just for figuring it out. "I should just cancel it and use your wifi until I move out!" I joked. About 5 minutes later he and his wife rang my doorbell. She said she was sorry to hear I couldn't get a job and have to move. She wanted to know what kind of work I do in case she could think of anything. And he had written their wifi password on a piece of paper for me in case I got fed up with the technician. Isn't that sweet? What a nice gesture. I consider it 100% neighborly and don't think it has anything to do with the fact that he works for AT&T. He doesn't have any more confidence in them than I do. "Watch him call at 7:45," he said. Yeah, how about just not at all. Monday I'm canceling my account. 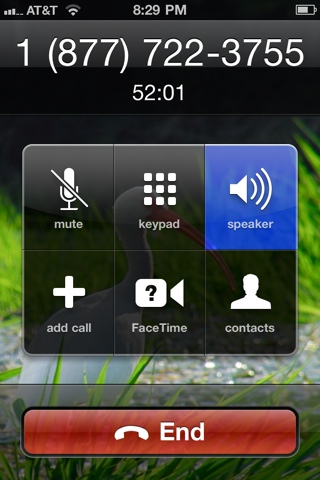 Also that Blogger app is kind of nice for adding photos from the iPhone. It just puts them in random order. I moved it by editing in the regular blogger browser interface. But it saves me loading it into iPhoto then exporting it.
Posted by Beachton at 3:21 PM