They made it to checkpoint 3! At 6:08 pm EST Thursday March 6 I received Harry's OK message from the SPOT transmitter. They waited on that little island at the top of the picture until a storm passed, then went on their way across Coot Bay and down the Flamingo Canal. Hugh Horton told me by email that they would have to take their masts down for the bridge.
Here's Flamingo in all it's aerial photo glory.
Now they have to decide what to do based on tide and wind.

It's kind of nice that high tide is during the day at least.

Here's the results table that shows who else got there about the same time. 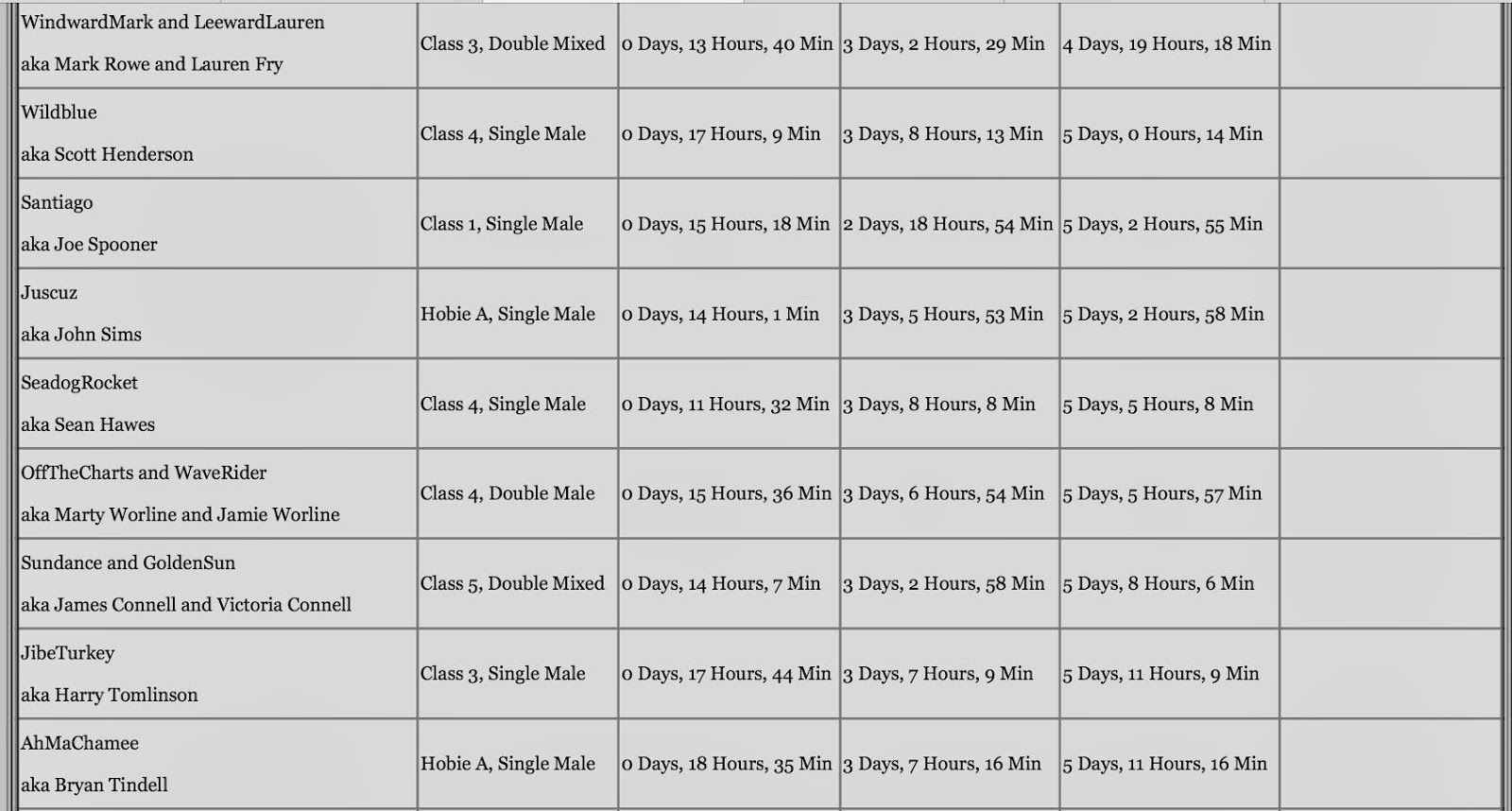 Notice SeadogRocket (Sean Hawes), Class 4, which is monohull sailboats. Only he was on a sailboard. As in standing up the whole time holding the boom of a big sail with the mast on a floppy pivot point on a surfboard.

Another person who did the whole thing standing up is JustSurf (Justin Schaay). He finished the whole thing yesterday in 4 days, 20 hours, and 41 minutes on a stand-up paddleboard. Somebody else did it one other year, but this is only the second time somebody did it.

I think I'll do a separate post on boats.