I got a call from Harry (JibeTurkey) at 4:58pm concurrent with an OK message from his SPOT transmitter. He'd stopped to lower his mast to go under a bridge near Venice. While he was getting his paddle out they raised the drawbridge.

He stopped earlier to reef his sail and deal with the loss of his stern light and his friend Bryan (AhMaChamee) got far ahead of him. As for the loss of the stern light and the strobe light on his PFD, Harry has a light on the top of his mast and a hand held flashlight and his head lamp. He's just going to turn the head lamp around backwards and let that be his stern light. He thinks he'll have enough ambient light to see what he's doing. Those of us with blue eyes are pretty good at seeing in low light, so he's got that going for him.

I haven't been able to see any tracking on the WaterTribe Challenge Tracker Map since early this morning. It got overloaded with traffic and nobody could see anything. According to the forums some people can get it to show results of individual classes, but I get no joy.

At 8pm 17 people have already arrived at the first check point, even kayakers. (I can get the results page to work) Shows that slow and steady wins the race over sailors who stop to rig up strings from their rudder to their feet so they can steer and paddle at the same time, which Harry did earlier today. I bet the paddlers are more tired though. (There is not enough Advil for me.) Harry is Class 3, Sailing Kayaks and Canoes. There are eight in that group, five single males, one single female, and two double mixed. Three of them reached check point one before 15 hours into the challenge, Sawhorse, WindwardMark and Leeward Lauren, and Yakmandu. The other six are still on their way, including Jibe Turkey.

I don't even see JibeTurkey on the list though. I think the automatic reporting is just imprecise though as the full list of challengers is missing the people that got there first. According to the forums SewSew (Randy Smyth) was reported in at 2:25 pm, Class 5 Single male. (21' solo trimaran, home built for the comfort of getting to Key Largo quickly) Mosquito got there an hour and twenty minutes later at 3:45pm, Class 5 double male. I think they mean SOS (Alan Stewart) and Pop Tarp (John Kohl) in their 22' Mosquito Trimaran. Tortured plywood construction. Wet, cold, fast. (from the Roster)

Here's JibeTurkey's tracker map as of 8:00pm. I am not sure where the first check point is since I can't get the map to work. I think it may be near Stump Pass at the bottom of this map. 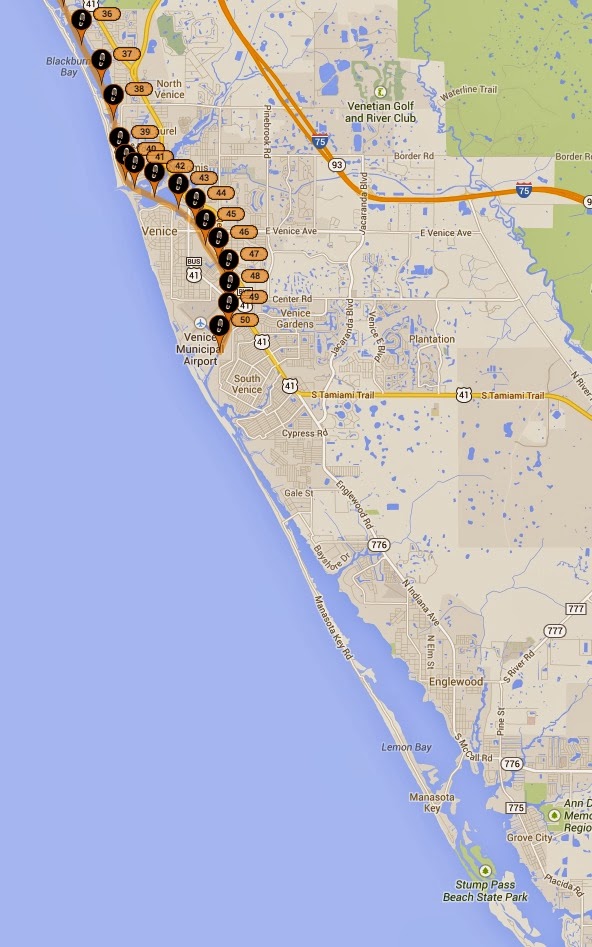