As I drove home last week through the Deep South I kept having this automatic muscle reaction to certain roadside advertisements. My middle finger would just FLY up on the steering wheel. There are a LOT of religious billboards in Texas, Louisiana, Mississippi, Alabama and Florida. There's an anti-abortion billboard right here in Beachton. I usually keep my displeasure at them to myself, even if I document it on my phone just because my involuntary physical reaction is interesting to me. I'm sure the people that put up those signs find me just as repulsive, so I'm not really sure I want to get right up in their face with my finger. I'll just keep it in my car. And on the internet apparently, where my people are stronger.

I decided to put these pictures up here today because of this clip on the Daily Show.

The Daily Show with Jon Stewart
Get More: Daily Show Full Episodes,Political Humor & Satire Blog,The Daily Show on Facebook
It was a bit of an epiphany. "Oh, so you're doing it to be dicks!" I was trying to rationalize that my neighbors are basically nice and they are proselytizing because of some benign reason. But this actually makes more sense. I mean, I still think they are basically nice, but the bossing people around with the religion really is getting pretty dickish.

Also I told Defiant Marshmallow on Google+ that I would put up this picture related to yesterday's post. Jobs. Let's talk about jobs. 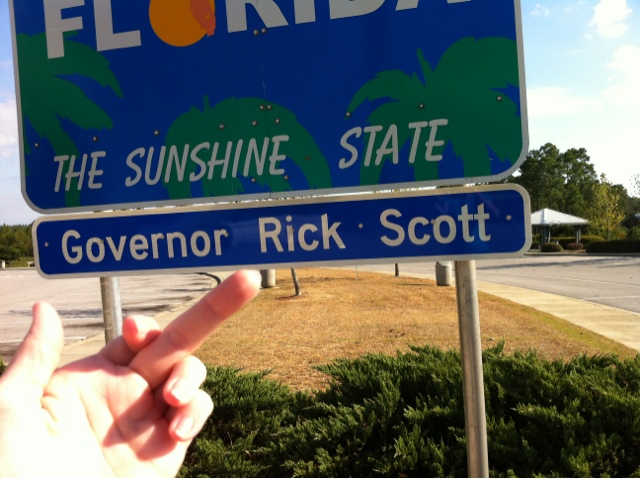