If you wondered why I haven't gone out and done anything interesting to take pictures to show you this is why. It has been like this for TWO MONTHS! It's like having a life threatening fever if you go outside. I've grown to actually prefer having one of my three day migraines because then at least I can just lie still and moan incoherently instead of fidgeting at the computer studying web sites about parks in Oregon. I saw a video on weather.com about rescuing a hiker who got lost on Mount Hood for 3 days. That wouldn't happen to me. Naw. Especially if I don't go. I calculated it would cost about $600 for gas to get there and back. Dammit I could fly out of here for that. 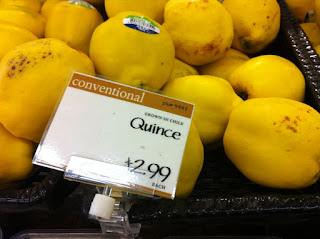 I did force myself to go out today even though I felt like I was being baked. I actually burned myself on my car key when I pulled it out of the ignition. The car had been parked in the sun and it super heated the key while I was driving I guess. I thought the steering wheel was unbearably hot, but leather doesn't conduct heat like a metal car key.

I went to Whole Foods (underground parking) to walk around and practice not making eye contact with strangers and to work on wincing painfully when children squeal on the escalator. They had quinces. I'd never seen those before. They look like apples but smell different. Kind of like some sort of melon or pear. Apparently they're in the rose family like the king of all jelly making fruit, mayhaws, so that explains why they are preferred for jelly making. They were very fragrant. It's too hot to make jelly though. Just forget it.

There were some interesting heirloom tomatoes and these beets were as bright as in this picture. I didn't buy any of this stuff. I just like looking at it. 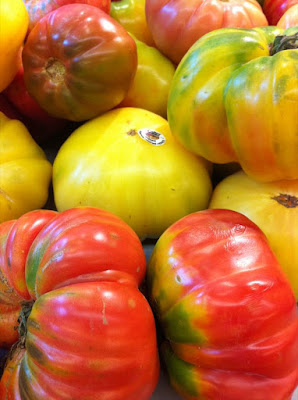 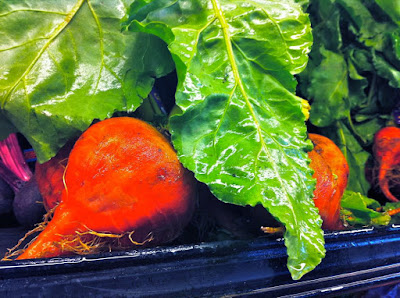