I just listened to Phil Plait and David Morrison on WHYY debunking doomsday scenarios. The radio host used the term "common sense." It struck me suddenly that it's not actually common anymore. What we mean when we say common sense is actually logic. Which a lot of people don't have apparently. How do we determine the distribution? Has the scale tipped? Is common sense now rare sense and that's why America is turning against the science, technology, and innovation that made this country a superpower in the first place? Is least common denominator sense the majority now? I suppose we could take a simple poll and see how many people know what least common denominator means. If they don't know, they are it.

"If you sound like you really believe this stuff people will buy it. And that's the problem," says Phil Plait. But HE sounds like he really DOESN'T believe it. Why don't people believe him?

David Morrison attributed the phenomenon of believing doomsday scenarios to cosmophobia. Instead of being excited about the discovery of new planets people turn it into something to be afraid of. Children become sensitized to this. They believe the universe is their enemy.

Phil made the analogy with the ghosthunters shows where they go to an old house with a video camera and spend the night. (I've never seen one but there was an episode of Castle that used a Ghosthunters show as a plot point. They explained all the ghosty stuff with logical explanations by the end of the show.) In a ghosthunter show every sound becomes a ghost instead of what it really is -- rats in the attic, wind blowing tree limbs against the siding, thermal contraction. If you're scared of some upcoming event then everything points to that.

They should have psychologists on this show to explain this bizarre human tendency to the astronomers. None of this makes any sense to me, and by extension I assume most trained scientists are confused by why people look for evidence to confirm what they already believe. Isn't the point of public education to teach people to think critically? If I have some hypochondriacal theory that I have attention deficit disorder and should be on stimulant drugs I go online and find out that I would never be able to secure that diagnosis based on the fact I already admitted on my blog that I've never lost a pair of sunglasses.

The first caller on the show was Steve from Georgia. He said he remembered Duck and Cover. He said he's been through hurricanes so he knows what it's like to be without electricity. OK. So what? I was surprised that Phil didn't point out that Duck and Cover was really stupid. It wouldn't do a thing to protect you from nuclear fallout. Instead Phil said it's important to be prepared for disasters. It's a smart thing to do. Keep an emergency kit. But you should be prepared for what might realistically happen. Yes, in Georgia we lose power a lot. We have a lot of trees and elevated power lines and lightning. I am prepared by having uninterruptible power supplies for all my computers and my network equipment. My power went on and off three times last night, then stayed off for an hour. For no apparent reason. It was cold and windy is all. But I shut down my computers and network in a controlled fashion, turned on my flashlight, heated my supper on my butane hotplate instead of in the microwave and used my phone to keep talking to my friend on instant messenger.

There's a difference in being prepared and being paranoid. I guess the difference is instead of just making adjustments to changing conditions, the paranoid person freaks out. Instead of trusting that the power will come back on when the crew resets a blown breaker or reconnects a broken line the paranoid person assumes it's personal? Something is out to get them? David says he doesn't know how pervasive this attitude is. Is it 1% or 5% of the population? Either way that's a lot of people.

The next caller said her brother bought into this bunk, joined a cult and killed himself. Way to really bum out the scientists. As a person that leans towards engineer even more than scientist I want to think of a solution to this problem. I can't think of anything though. Educate everybody? That seems increasingly impractical. Reassure them? Discourage people from scaring them in the first place? Why can't you say fuck on TV but you can spread patently false information designed to make people paranoid? David said he gets email from children who are so terrified of the end of the world they are contemplating suicide. That is shocking! Ask an Astrobiologist is now a suicide hotline? That is really not fair. The whole reason you go into a field like astrobiology is because you prefer to think about extraterrestrial bacteria instead of the disturbed minds of other humans. This made sad for him.

David said that he is a still a working astrobiologist. He works on interesting projects on Mars and other planets. He took on this small side task to answer question on the Ask an Astrobiologist website and now 80% of the questions he gets are about 2012 doomsday nonsense. The radio host said, "I sense the frustration in your voice." David said, "Yep." 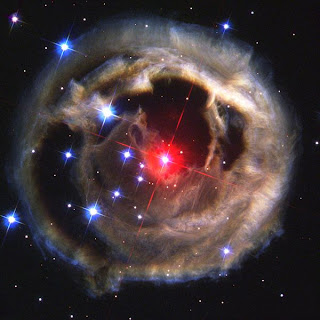 Before I listened to this I didn't know people thought this planet Nibiru was coming to crash into the earth. I didn't know they were attributing normal geological, weather and climate events to Nibiru. And apparently any random inconvenience. It explains an experience I had the other day at the gas station. I pulled up to get gas for my lawn mower and the attendant said over the loudspeaker, "No cards, only cash!" So I checked that I had paper money in my wallet and started to pump my gas. The attendant came out to talk to me. He said the network connection for the credit and debit card transaction processing equipment was down. "I heard it was because of a planet," he said. I did a double take and asked him to repeat it. "You think your phone is out because of a PLANET?" I assured him that was not the case. "First of all, a PLANET? Not even a star? A planet doesn't emit electromagnetic energy. Second of all, all our telecommunications are on fiber optic cables now, which is very resistant to radio frequency interference, even if there was something to generate this interference in the first place. And third, I have Windstream internet service the same as you and it just goes out all the time. Their server is in Arkansas. It's not exactly Silicon Valley. They do what they can. It will come back on as soon as they get the possum out of the plenum."

2012 Doomsday Scenarios and the people that believe them: Yet another reason I am delighted with my decision to be a hermit.

Update: From @astroengine, a good article where the author seems to have listened to this same radio show. Shepherd: Can the Doomsday scenarios -- at least for 2012


Like Father Christmas, apocalypses and other "last things", Armageddon and the afterlife heaven and hell, death and judgment, serve as a rudimentary behaviour control. Do what we say and you'll get brightly wrapped angels, virgins, and bliss on a stick, in heaven or paradise. Disobey and it's burning for eternity, or reincarnation as a cane toad.

"Bliss on a stick" is my new catch phrase.
Posted by Beachton at 1:01 PM