What was great about America of old?

I recently found some old currency in a book. I put it there about twenty years ago. I remember getting the 1934 $5 bill as change at an antique store in Atlanta, which is funny. The $10 bill is from 1950. I think I got it as change from a Wendy's drive through in Tampa, Florida. They caught my eye because of the extra disclaimers on the front "WILL PAY TO THE BEARER ON DEMAND." And there is a long bit of small print explaining how you can take this to the bank and exchange it for lawful money, which at the time meant silver. Apparently Federal Reserve Notes took a while to catch on.

What I didn't notice until now though, is that on the back the older notes are missing the motto "IN GOD WE TRUST."

I just set up a copy stand so I took pictures of these bills with the new version for comparison. I think if you click on them you should get high resolution versions you can zoom. 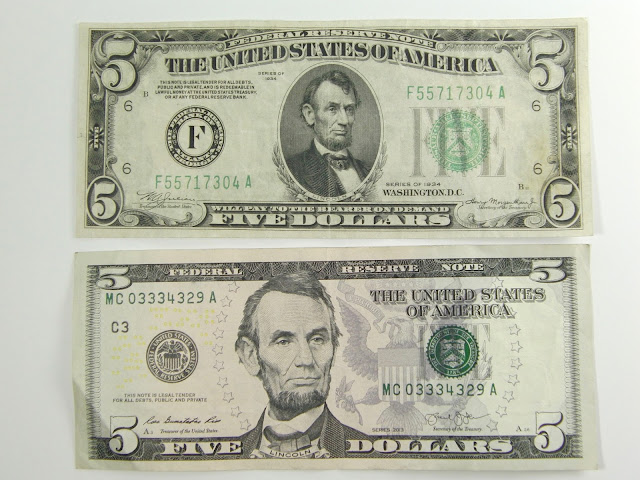 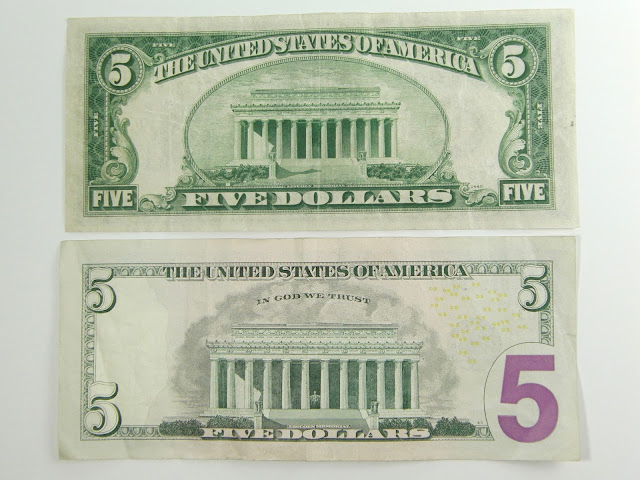 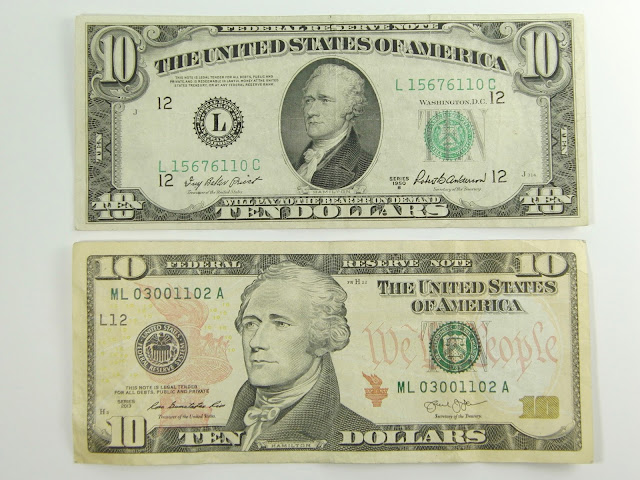 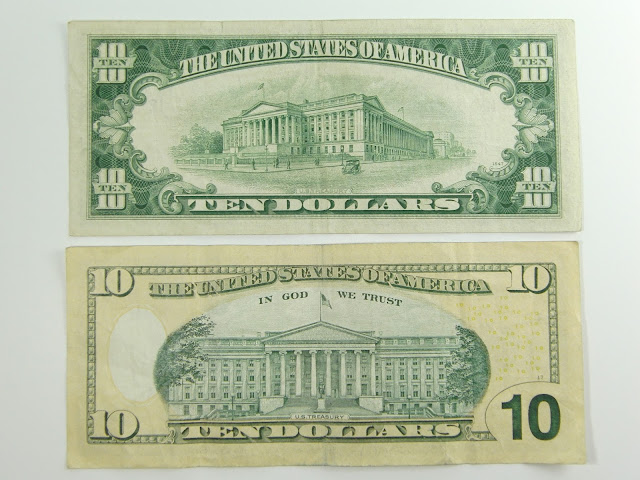 I did a bit of research and found out that IN GOD WE TRUST was made the United States motto in 1956 as some kind of reactionary measure based on fear of communism. Somehow conservatives at the time equated atheism with loss of freedom? This makes no sense to me in 2016. I equate RELIGION with loss of freedom.

Apparently the Federal Reserve started printing IN GOD WE TRUST on its Notes in 1964 or 1966 depending on denomination. It seems so recent! Only a few years before I was born! And now any argument saying it is offensive are waved off with the argument "it's meaningless because it's been around for so long. Nobody takes it seriously." Uh huh, yeah. I know how it feels.
Posted by Beachton at 4:49 PM