My mother and aunts and I did a summer burn on my hill on Tuesday.

Since Tuesday several stobs and stump holes have been burning continuously. On Day 6 after the burn there were still enough stumps and stobs burning to make a noticeable smoke haze on the highway early in the morning when I drove to pick blueberries at my aunt's house.

I've been particularly interested in one amazing stob at the bottom of my hill all week. This tree and two near it were struck by lightning about 6 years ago. I heard it strike and I also heard my uninterruptible power supply make a loud pop from the surge. I went to look at the UPS and saw smoke from the window. I went down the hill where the lightning struck the trees and put out the fire with a rake while it was just small. They have been standing there since that event, dead. They still had bark and managed to not catch fire the last time we burned the hill about 3 years ago. But this time all three of them caught fire. Two of them fell over after about 3 days and kept burning on the ground. But one tree stood as a symbol of why about 90 million acres of longleaf forests were promptly cut down by early settlers leaving less than 5% of the pre-settlement forests. Longleaf pine is unbelievably strong as a structural lumber. Unbelievably.

What happens is the sap wood burns off and leaves the heart behind. Longleaf heartwood is saturated with resin. It forms a layer of soot and puts itself out. I'm not really clear on the physics of how it works. But the sap wood must be porous enough that air can get in and it keeps burning and burning. It ends up looking like you took a mechanical pencil and extended the lead out all the way and held it up that way. The big heavy part on the top and the lead holding the whole thing up.
How is that tree still standing up?! That's amazing. It is so far off center and the thin black heart pine base is barely bending.

After I took these pictures I went in the lab and uploaded them onto the computer and started reading about wood ducks. That's the reason I went out there in the first place with my bird camera. A wood duck came out of a woodpecker hole in a tree between my house and the lab and she was perching in trees, calling, working her way toward the pond. I wondered what she was doing. Cornell Ornithology Lab hinted that is what they do to help their babies find their way to water but I didn't see any babies. I want to see wood ducklings!

CRACK! BOOM!
HA! sez me,  I knew that thing couldn't stand there like that forever! I rushed out with my iPhone to see how it fell.

Dang! It just buned up until the area of the heartwood post was small enough it couldn't handle the stress and that's where it broke off! Neat!

I went back with a tape measure. There are about 3 pieces of the top broken apart into 4' and 5' pieces. The long piece on the ground is 25' long. I estimate 43' of tree fell down and 25' is still standing.

Select structural longleaf has the highest maximum allowable stress and compressive strength of any lumber species in the 5th edition of Ramsey and Sleeper’s Architectural Graphic Standards of 1956. 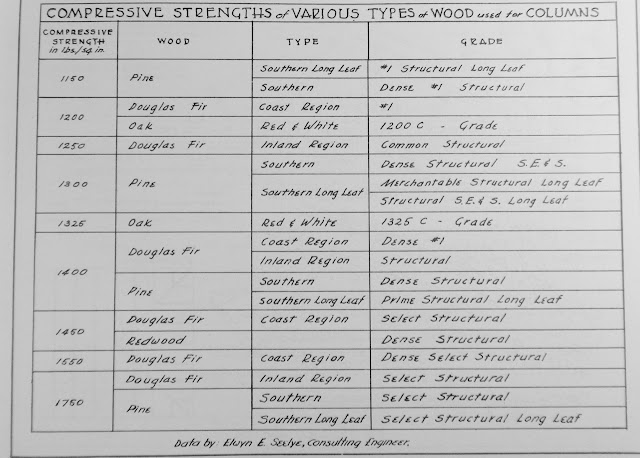 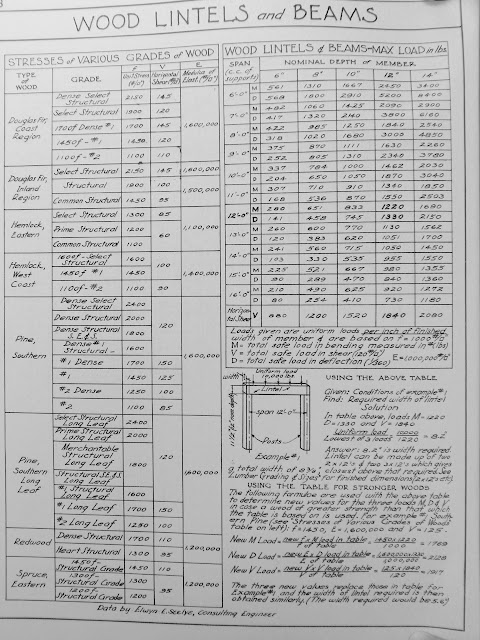 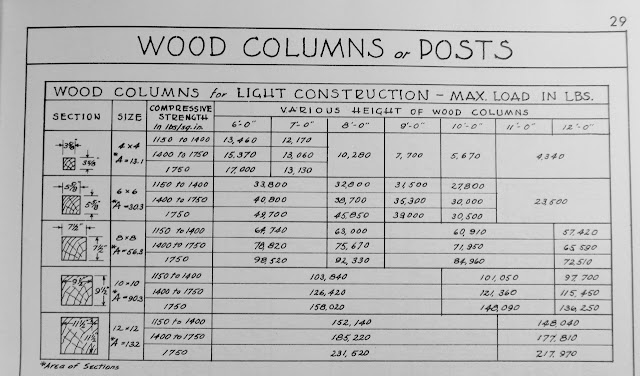 According to this table, a longleaf post 9 1/2" square and 12' long can support 136,250 pounds. I think that means straight down though, not leaning off center. The diameter of the bottom of the stob is about 9" now that all the sapwood has burned off.

Only living tissue gives off the sticky pine tar in normal circumstances, like when red cockaded woodpeckers drill holes to make the entrance to their holes all sticky. But if you heat up dead heart wood enough the sap will come out. The drops beading up on the ceiling of my lab are further proof.

I was interested to look at the woodpecker holes in this hard-hearted tree. I didn't see any nesting cavities in it, but there was one cavity big enough to stick my iPhone in it. They just worked around the heart. Not really good for a nesting cavity. Why'd they make that big cavity? Were they finding bugs in there? I see some little holes in the wood at the end. Maybe there was a little infestation of powder post beetles right there?
Near the tree I've been watching there is another tree that was killed by the same bolt of lightning some 6 years ago. It fell down Thursday. The stump is short enough I could get a tape measure to the top and measure it in the simplest way possible.
This tree has almost completely burned up. It's still smoking a bit on the 7th day since the burn.
I wonder what makes some trees burn all the way up and some put themselves out and stay stobs forever? How did the sawmill operators choose what would be called Structural Select lumber with the highest rating? How many tests did they perform to come up with the numbers in those tables? I wonder if they have stopped using that kind of lumber designation altogether now they they make engineered glue laminated beams?

I Googled it. There is a new set of tables from tests done in 2013.

More than 7,400 full-size samples of commercially-produced Southern Pine were destructively tested in a two-step process, resulting in more than 300,000 data points

I studied it and couldn't really understand how to compare the units with the old book. They didn't separate the data by species anymore. Loblolly, slash, shortleaf, and longleaf are all lumped into Southern Pine now. I think longleaf is so rare now you have to go to a specialty sawmill that doesn't do anything else.

Reading about nest cavities in snags was more interesting. I found a study done near here in the '90s to see how many wood ducks use old red cockaded woodpecker holes. They only found 6 active nests, 5 in live trees, one in a stob. They estimated the average age of the longleaf trees with wood duck suitable cavities at 100-150 years. 22% of suitable wood duck cavities were enlarged red cockaded woodpecker holes. My wood ducks use the same nest cavity as a pileated woodpecker. I think they're taking turns. I see them both going in and out of there. I assume it is an enlarged red cockaded woodpecker hole, based on the fact that there is an aluminum number nailed to that tree. Not sure which ornithologist nailed it on there or when. That hole has a west entrance and a north entrance. It has been there my whole life. I can remember seeing ducks go in there when I was just a little girl some 40 years ago. And I have never seen a baby duck jump out. But I'm going to keep watching.
Posted by Beachton at 3:50 PM