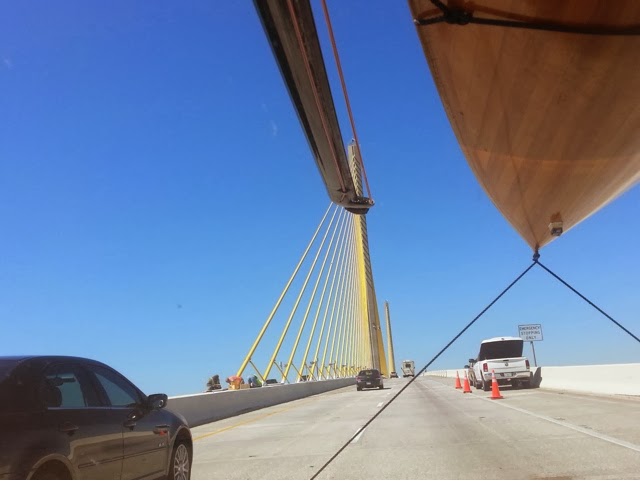 Here's the Sunshine Skyway bridge over Tampa Bay as Harry drives with his boat on the roof of his car. He says his car doesn't drive any different with the boat up there. I used to believe mine improved the aerodynamics of my station wagon and made me get better gas mileage. At the very least it made a much more interesting shadow on the side of the road when the sun was low. 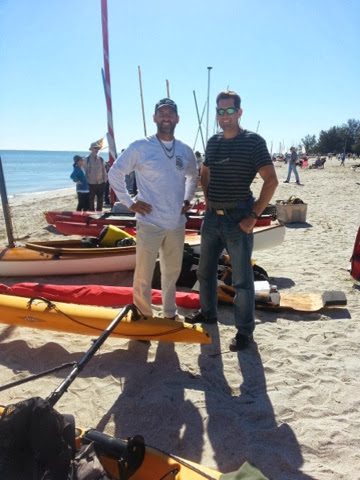 Here's Harry (JibeTurkey) and Bryan Tindell (AhMaChamee) on the beach with their boats. If Bryan and Harry are at the portage at the same time they are allowed to help each other carry their boats, but nobody outside the WaterTribe is allowed to help them. 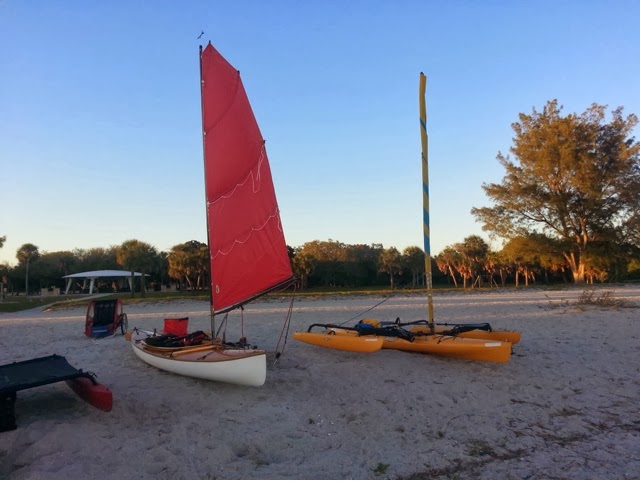 Here are their two boats. Harry's bufflehead with the red sail, and Bryan's Hobie Adventure Island.

At 7:00 am tomorrow morning they will launch their boats by themselves, get in and sail away! If it's windy anyway. If it isn't they will paddle. Bryan's boat has pedals for paddling. Harry will just paddle like a canoe I suppose.